Our pirate is quite bulky, even so he can’t passively die of thirst. In other words he must move. In order to make this big guy move correctly from the anatomical point of view, we had to add him muscles, which we haven’t done before. So, we created our own setup for the pirate and voila! 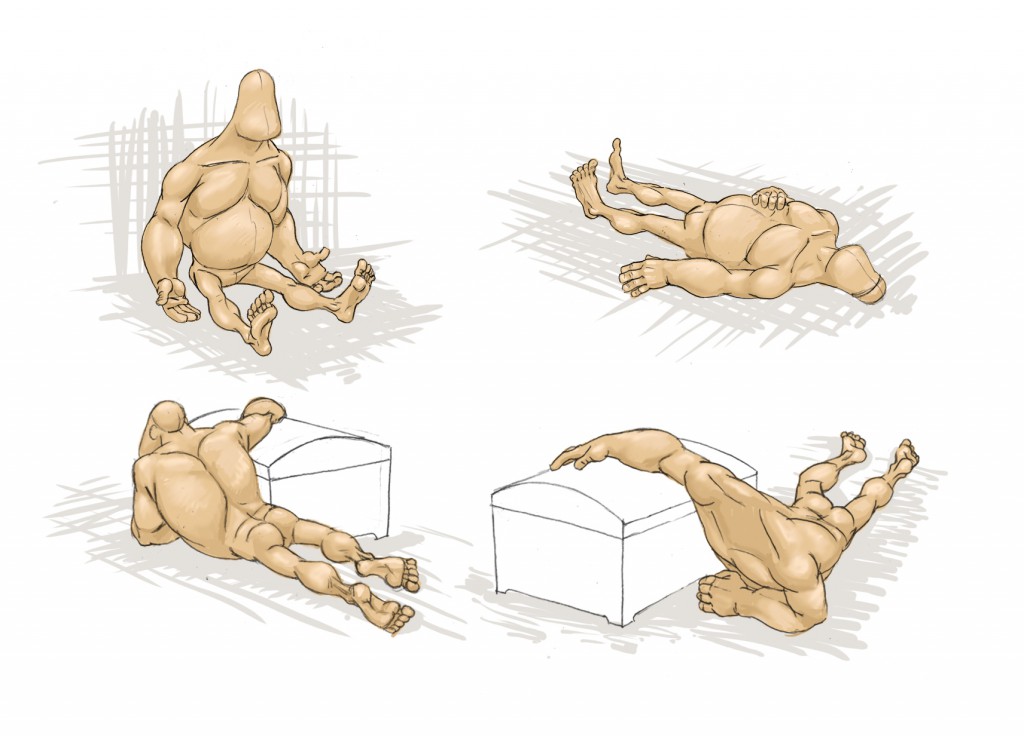 The big fish is a good character, that’s why it’s so big! In order to make this character move, we created a separate setup for its fins, eyes, antennae, etc., after which the fish became more flexible and deformed quite naturally.

As our animated film is about water, the biggest challenge here was the interaction of the character with water. The thing that we haven’t done before.

We watched lots of videos to understand how the character should move over the water. We tried to make a reference video, but none of the actors could stay up longer than 12 frames. The most persistent ones drowned (just joking).

The animators had to visualize how the character might move as at that point of time water simulation wasn’t finished yet.

We made many versions of Dji running over the water trying to determine how fast he should move in order not to drown. As for the fish, we calculated the speed of its movement, but we also had to take into account its big size.

Initially, we had several variants of the ending. After some thinking, we decided that it was the right moment for the pirate to show his greedy nature. So, we started thinking what emotions (and actions) the character should express after landing at the bar counter.

One evening, when the animation was done, the animators didn’t know what to do and decided to have some fun:) This resulted in the creation of the death and pirate dance which appears in the closing credits:)

This time we had a lot of simulation work to do as we were making an animated film about water. But we’ll talk about it later. Now we’re going to tell you how we simulated Dji’s cloth, and namely his cloak.

When the viewers look at Dji, they see Death. But our cloth simulation artists see only eyes and a cloak hanging on the bones.

As Dji is a very active character, we had to do lots of cloth simulations.

For this purpose, we used Maya’s nCloth dividing the simulation process into several stages: at first, we split the cloak into pieces, simulated each piece separately and then sewed all the pieces together.

There’s one more thing. The question “what is Dji hiding under the cloak?” still remains open. Of course, he has bones, but if you put the cloak right on the bones, it won’t look good. For these purposes, we had to create special geometry to make him look beefier.

Well, this is not the end. There will be a continuation. In the third post we’ll tell you about the most interesting things, and namely: water simulation (we had to simulate a whole ocean!), visualization and compositing. So, stay tuned!