Votum.md completes the poll on the second round of elections in Moldova
All news
10 November 2020

The independent sociological polls project Votum.md has completed research on the 2020 presidential elections in Moldova. Over 7 days of voting, more than 22,500 people took part in the poll. 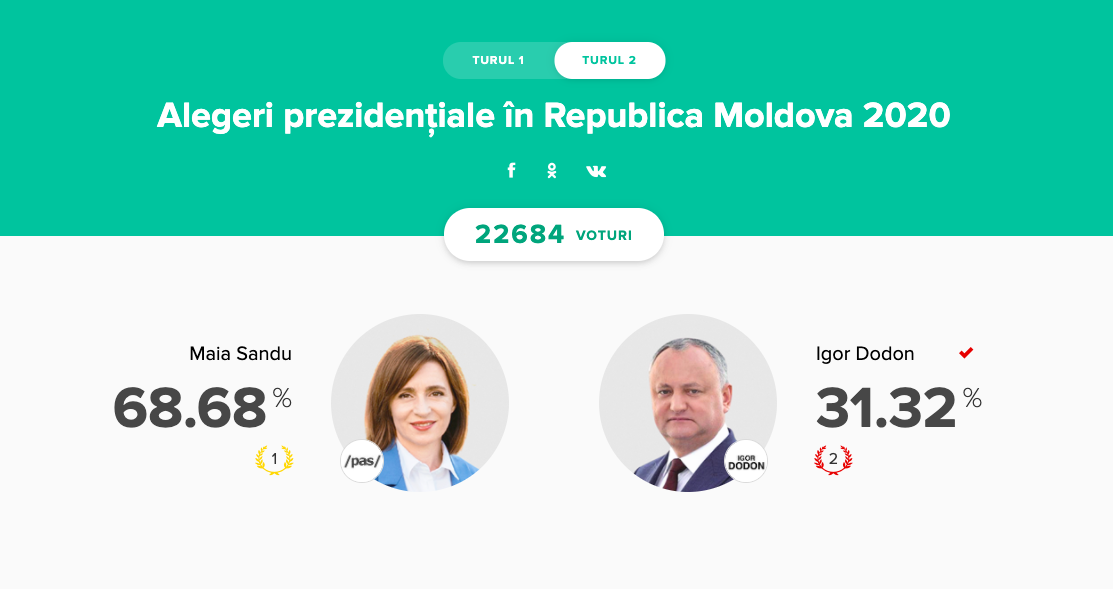 The project reached a new record. In 2016, the poll for the second round of the presidential election garnered more than 23,000 votes in 11 days.

After November 15, we will find out whether the users are right and how accurate the survey results are compared to the real ones. If you are wondering how the second round of the poll on Votum.md ended, follow the link.

The Votum.md project was launched in 2016 on the eve of the presidential elections in Moldova. Thanks to it, every user in the country got the opportunity to express their opinion and vote for their favorite candidate. Currently, surveys are carried out on the site not only of a political but also of an economic and social nature.