It has been a long time since we wrote about our characters. Time to make up for it.

Today we’ll continue our conversation about the turkey Ilo.

You have already managed to get acquainted with him at the very beginning of our blog.

Somebody certainly may say:

“What’s new here? You’ve already shown it before! Make the model and everything will be ready!”

We thought so too and started strenuously to model it. 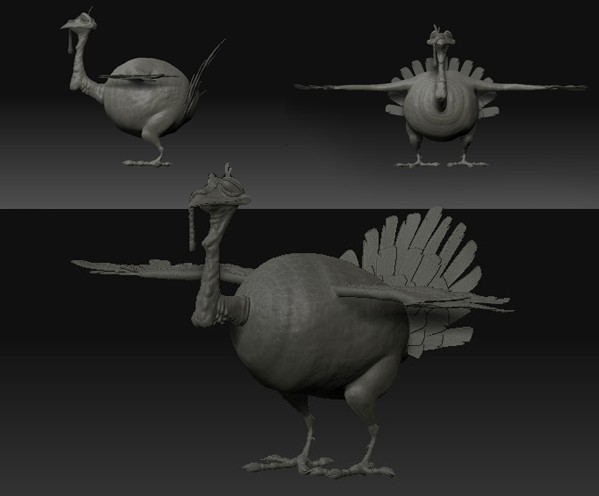 Well…….what came out of it seemed to look like Ilo, but at the same time it didn’t.

Because for the creation of such a complex character as Ilo a great amount of materials is needed, including sketches which will show all the arguable and unclear details. For example, wings, legs, tail and so on.

Early variants of the wing.

The greatest difficulty consisted in the fact that this kind of character is not quite ordinary. Try to make a bird move and control its wings like hands. We shouldn’t forget that Ilo must play cards, hold the reins and do all sort of things that aren’t typical of an ordinary birdie. One of the tasks that we had to solve was the wing.

Projections of the wing.

The artists had drawn hundreds of sketches until they got the result that could be called satisfactory.

The same thing happened with the tail.

So, we’ve got wings and tails, time to move on. Let’s draw the head. As our Baro says: “Head is not the tail of the body”:)

Well, all parts of the body are on their places.

Only now we bravely can get down to modeling. But even here there are a lot of hidden reefs. Modeling a bird is closely connected with rig and technical specifications for feathers.

Any modeler would rather shoot himself or jump out of the window if he has to lay out manually hundred thousand feathers on the bird’s body.

That’s why at first the model is made without feathers. And feathers are laid out after that.

The turkey without textures and feathers. 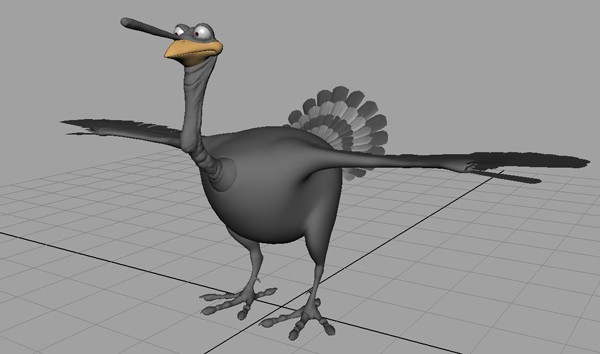 One can’t do without experiments on this stage. This is because we don’t look for easy ways. Until we got the final appearance of our character, we had managed to make a completely finished turkey after looking at which we realized that he didn’t satisfy us at all. 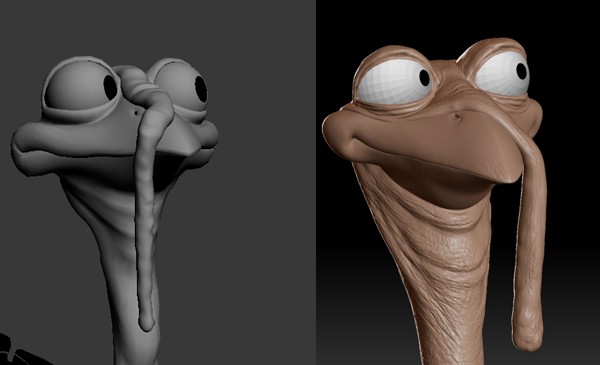 So, keep waiting for the next post, in which we’ll tell you how we animated the turkey Ilo, made him walk, flutter and even fly and then totally remodeled him without any remorse…