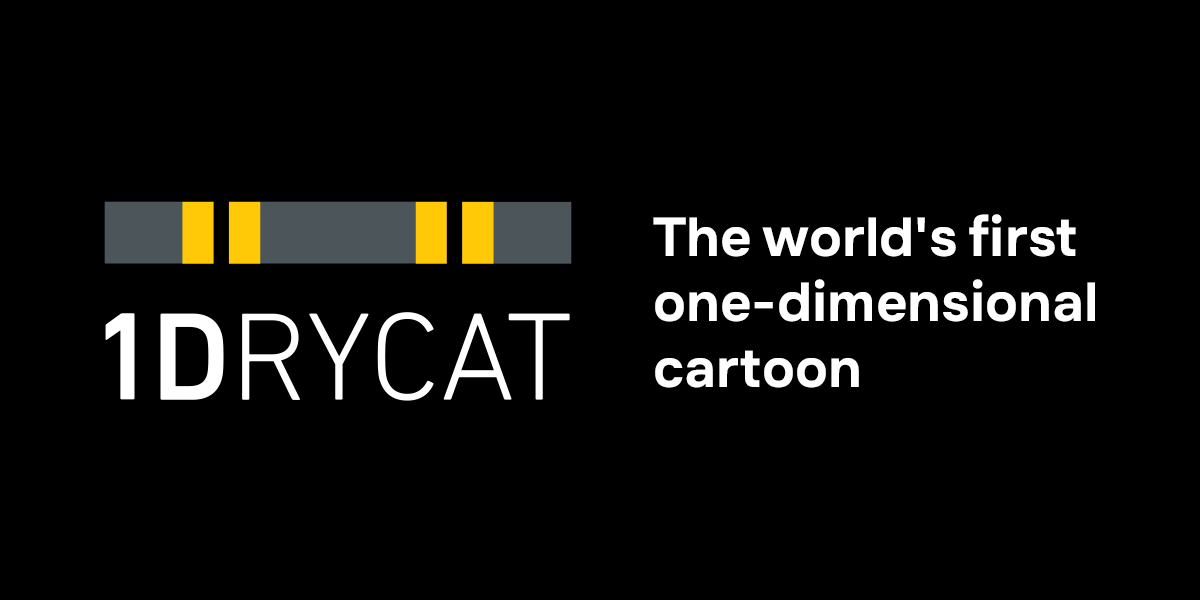 The idea of making a one-dimensional cartoon belongs to Dmitri Voloshin, the director and founder of the animation studio: “You won’t surprise anyone with 3D films, as you won’t with 5D or 10D films. Have you ever seen a 1D cartoon? Simpals Studio has released the world’s first 1D action thriller cartoon with melodrama elements. There is neither height nor depth in it, only width and a point that moves like pearls on a string. Best to watch on big screens in headphones or on good speakers.”

We have to admit that it’s a very minimalistic cartoon, and you got a feeling you’re spying through the keyhole.

Nobody made such cartoons before. But the only trouble is that in 1D fantasy is limited to a point that can move forwards or backwards. It’s almost impossible to convey the shape and volume of an object in this way. So, sound and color are really important, as they help the viewer to better understand what’s happening on the screen.