Roman Stirbu was awarded a medal “For Cooperation” 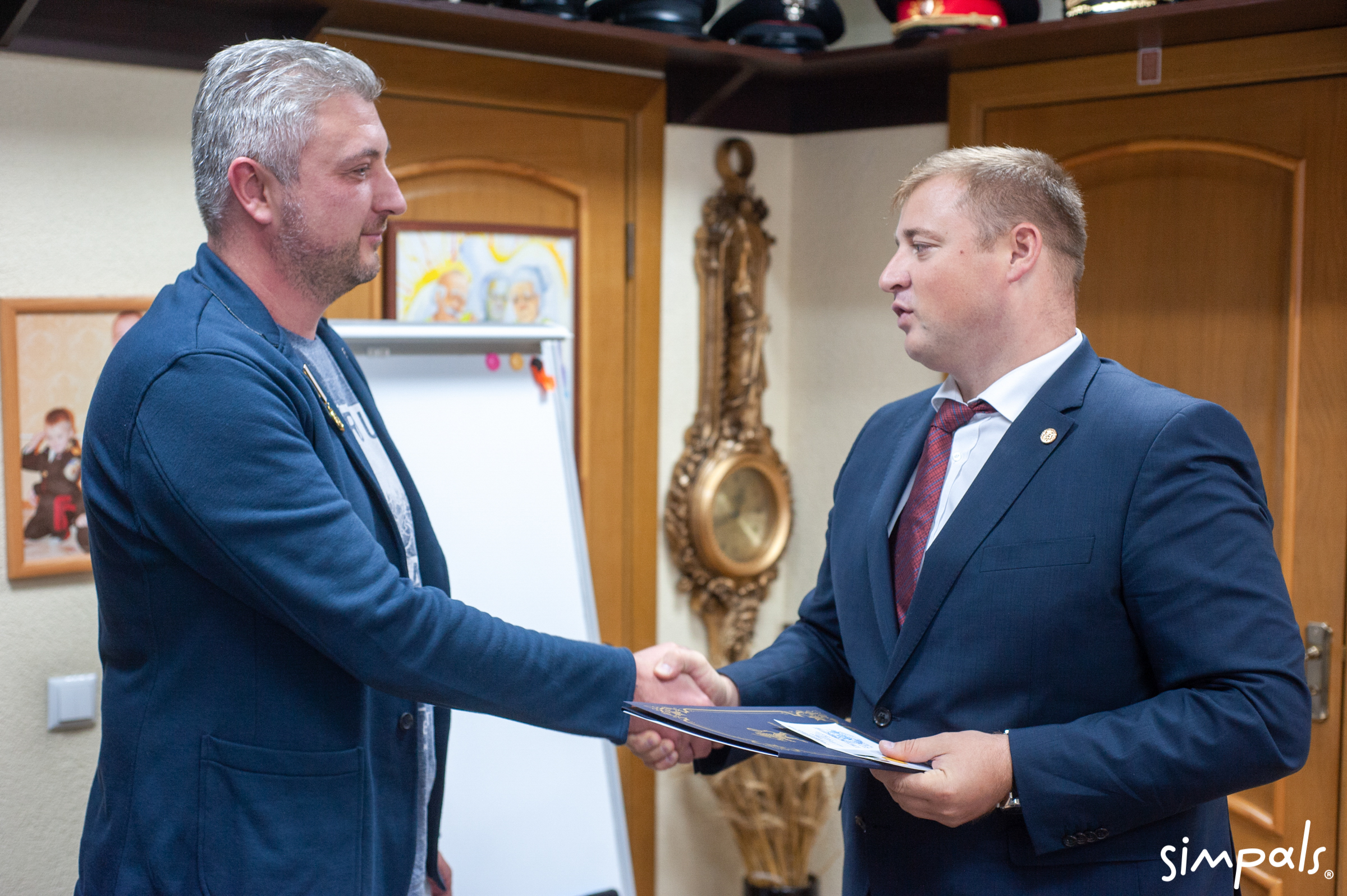 Roman Stirbu’s medal collection has been enriched with a new specimen — the medal “For Cooperation”. On October 23, the distinction was awarded by the Deputy Chief of the General Police Inspectorate of the Ministry of Internal Affairs of the Republic of Moldova – Gheorghe Cavcaliuc. The award was received for high professionalism and enhancing cooperation between society and the administrative authorities in the framework of the charity event “Copil şcolarizat — copil protejat”.

This is not the first campaign organized by the General Police Inspectorate (GPI), and supported by Simpals company. Over the years of close cooperation with GPI, Simpals has become a reliable media partner of many social and charitable projects, such as “Bunicii Grijulii”, national campaign “O jucărie pentru zâmbetul copiilor”. In addition to social projects, Simpals and GPI actively cooperate in sporting events. 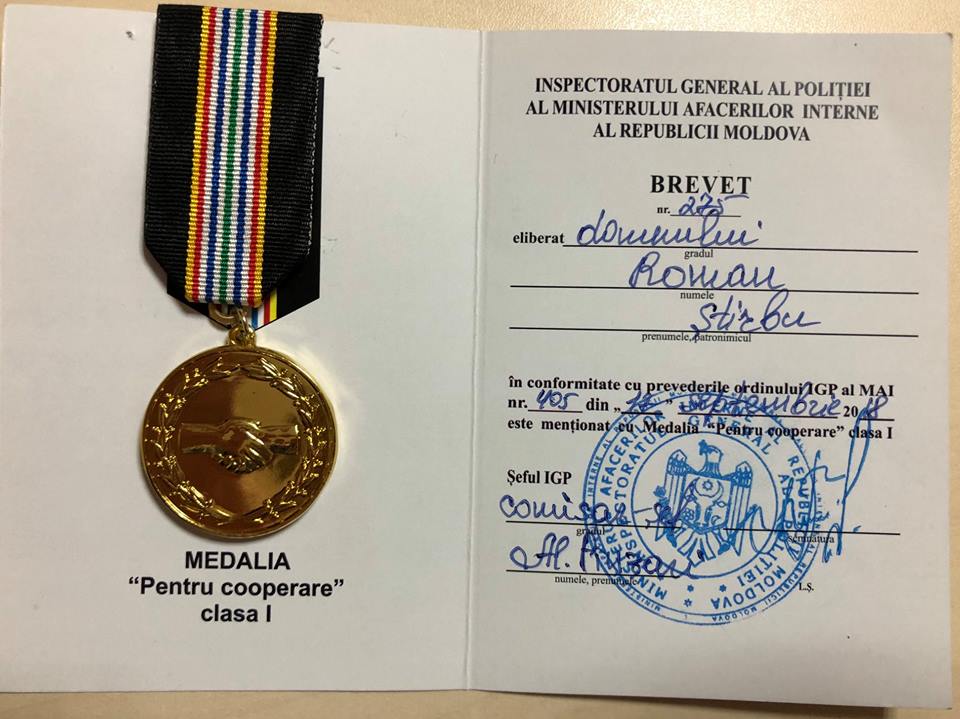 Receiving an award, as a sign of high appreciation from the General Police Inspectorate, is a very important thing for our company! This is direct evidence that together we can change life in society to the better.