Marathon organizers awarded the Volunteers of the company Simpals 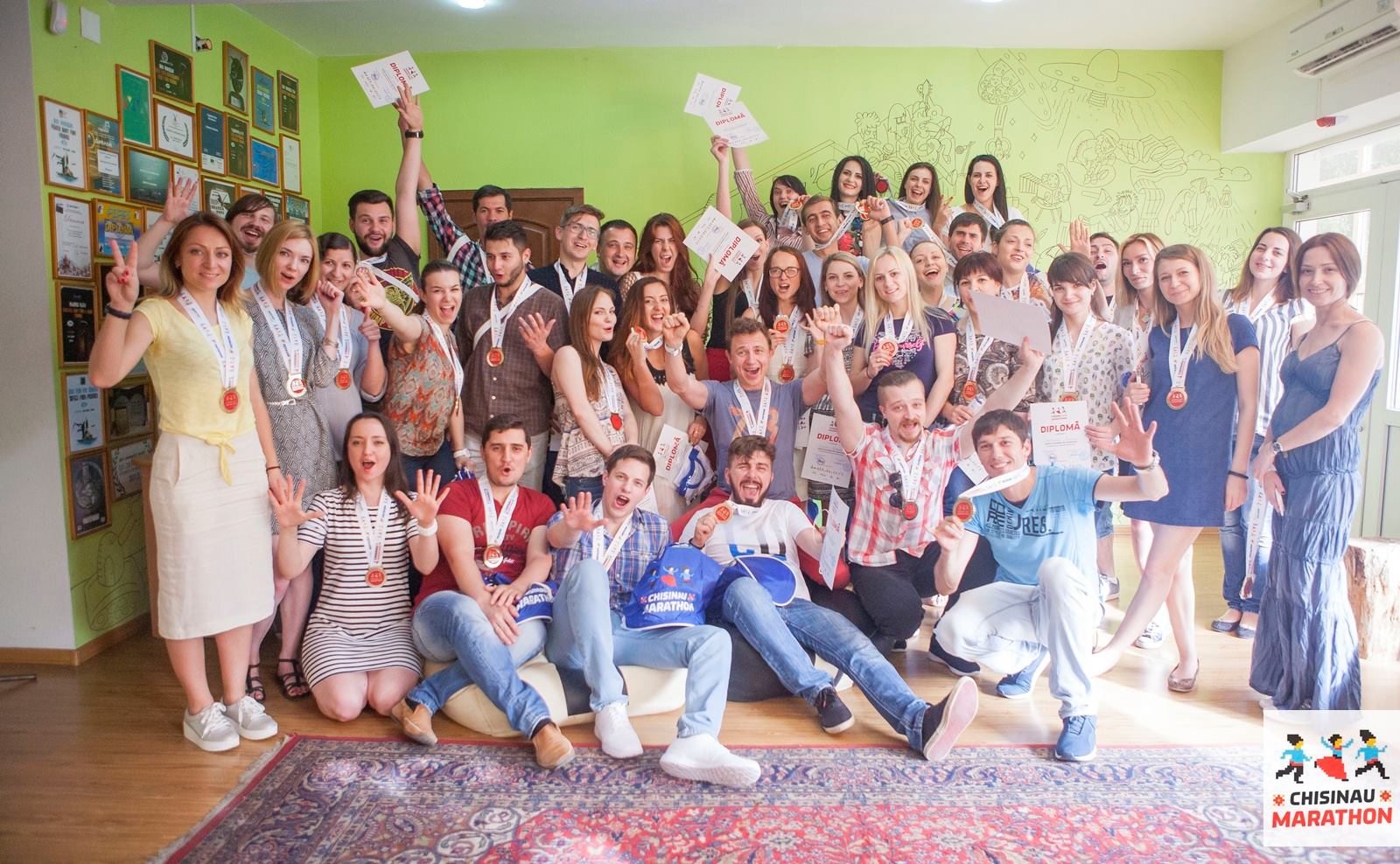 The Marathon came and went, and the people who prepared it – remained. And they were left without their well-deserved rewards. They were passing near the Sporter office, smiling mysteriously and asking when will they be given the medals that can be hung on the wall with pride.

And then, finally, the solemn awarding day came. Anyone, who has volunteered on the 15th to the 17th of April, has gathered on the third floor of Simapls and was waiting for a miracle. The miracle in the form of hefty medals languished on a hanger.

In addition to a medal everyone was also awarded with an honorary diploma, badge of Chisinau marathon volunteer, a T-shirt and a branded backpack.

And, as Dmitry Voloshin said, Simpals is the best team, and everyone working in it is CRAZY!