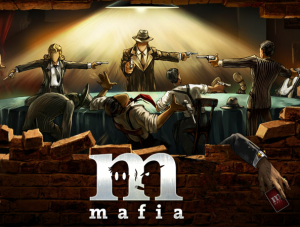 Between 15 and 16 October 2011 was held the Khmelnitsky team tournament. This event was attended by the top teams from all over Ukraine, as well as two teams from Moldova.

A championship, which invited participants from Moldova! A team championship, it means that a team of 4 players earn points for a common fund, ONE FOR ALL AND ALL FOR ONE)). The best Mafiosi from Chisinau had quickly gathered a team and started to prepare for the championship! We had no doubt that even a support group will enjoy this journey, because the event had been held in Dream Town, in a WATER PARK!

Our friendly Mafia team likes long journeys. This is a great way to get to know each other better, to sing favorite song and laugh heartily! The long road to Kiev had prepared a surprise for us: we hadn’t even managed to leave Moldova and our car had broken! IN THE middle of nowhere, we had to look for help in the middle of a forgotten Moldovan village. After 2.5 hours, with the help of locals, we had successfully continued our trip!

Kiev had met the guests from Chisinau with a shower)) One of our cars has lost the front license plate in a deep puddle! But there was no sadness; all of us were waiting for the tomorrow games!

Dream Town had surprised us with its dimensions, a huge shopping center! Crossing the threshold of a water park, we had realized that we will not be bored here! Several pools, steep and not very steep slides into the water, in general, a huge area of water recreation, dedicated to all Mafiosi from different cities of Ukraine, from Kishinev and from Moscow.

On an island situated in the center of a water park, had been organized a special place with six tents where the games will be held! The chairs in the tents looked like tree stumps, and the table looked like a tree stump with a larger diameter!   The schedule of games and lists of players were attached on the tents.

A pleasant surprise for us was the fact we have met players arrived, whom we already got to know at previous championships.

The games were fun and full of emotions! In between games we had been swimming, riding the water slides, having fun and communicating! The dress code of the championship was the Swimwear.
Our team went to the finals, where the games were held in the clothes, which had added “solemnity” to the finals. They organized a solemn award and a pool party after the games had ended and the winners had been announced

What we have brought from the championship:

– The belief that our level of play is not inferior!

– A lot of positive emotions

Thank you Kiev, wait for our next visit!

From 15 teams, we have managed to take the 5th and 6th place.