In October 2010, the first Moldovan school of computer graphics and animation (Monsters School) opened its doors. A lot of water has flown under the bridge since then. 450 young people received their diplomas and left our school shouting “I’m a Monster!” Some of them stayed at Simpals. No, they are not repeaters. They made good progress in their studies and were invited to work on the company’s projects- animated films about our unlucky grim reaper named Dji. 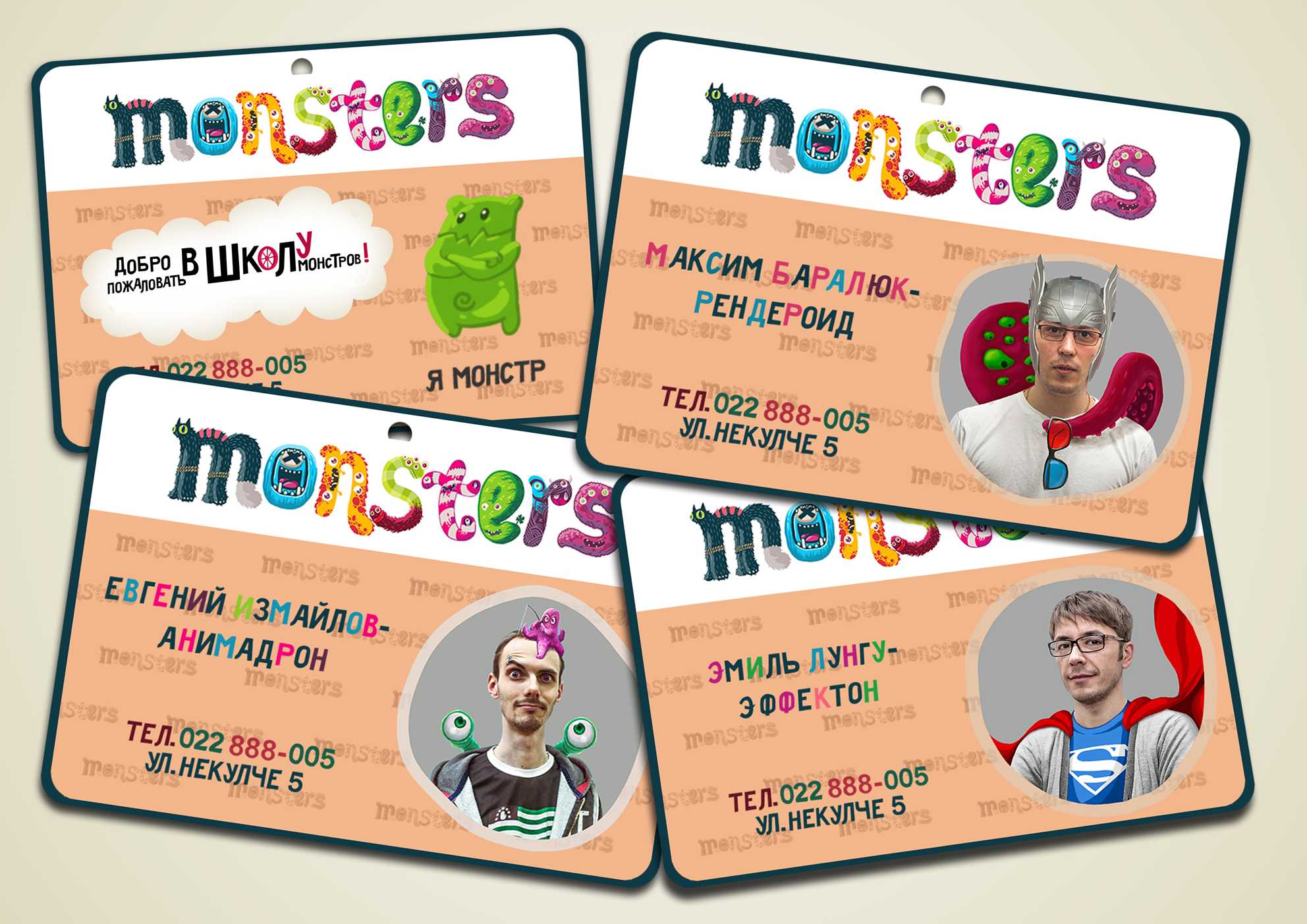 Who teaches here?
Our teachers are industry professionals who work at our studio. It gives students the opportunity to apply their knowledge in practice, design their own projects and embody their boldest ideas.

It was just an introduction. Now let’s go straight to the point.
Over the past few years our graduates have grown professionally and learned so much that they felt prepared to teach newcomers. So, they became tutors at our Monsters School! (goosebumps) Having worked on the first and second animated films about the adventures of Dji (our unlucky death), these guys became so skilled that now they can pass on their knowledge to the younger generation of CG-artists.

By the way, the school continues training students and our doors are always open to talented graduates.

So, who is going to teach students at the first Moldovan school of computer graphics and animation? Let’s get acquainted. 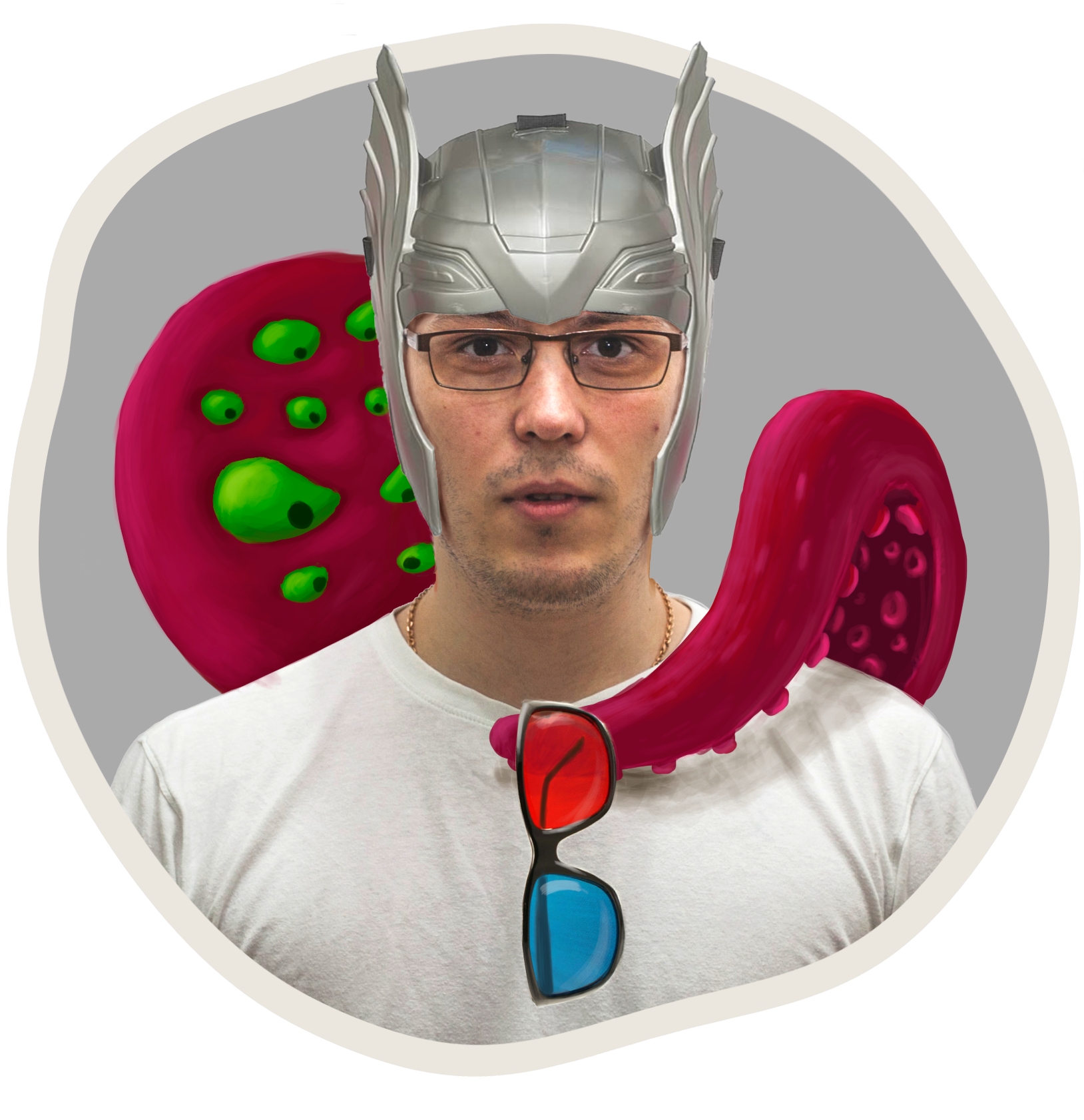 His motto is: “Keep working and if life gives you a chance, take it”.
Ever since he was a child, he has been fond of experiments. No wonder that at his first lecture he blew his students’ mind by explaining them two topics instead of one. Luckily our students don’t give up so easily and deserve all our honor and praise. We also wish them to stay strong as sometimes during the lessons they can hear exclamations behind the door, such as: “Cheers!!Cheers!!” (Well, it happens, it’s Simpals)

He considers himself a very responsible teacher, wears a badge with the inscription “Want to learn Maya, ask me how!” Students have all his personal contact information. They don’t know just his blood type and places where he spends his holidays. Often says smart things like: “It’s winter outside” or “I am a geek”. His brain stores a great amount of useless information starting from black holes and ending with rectal temperature during pregnancy. He can also give you a masterclass on drawing a goose. Often lies that he can draw a goose. His second weakness is laziness and the third one (you won’t believe it!) is also laziness. As for his virtues, it should be mentioned that he talks to himself (although psychiatrists still argue whether it can be considered a virtue) and dances in the nightingale style.

In 10 years’ time he dreams of running his own video production business (he really loves this thing) and a staples factory (seriously? come on, guys!) 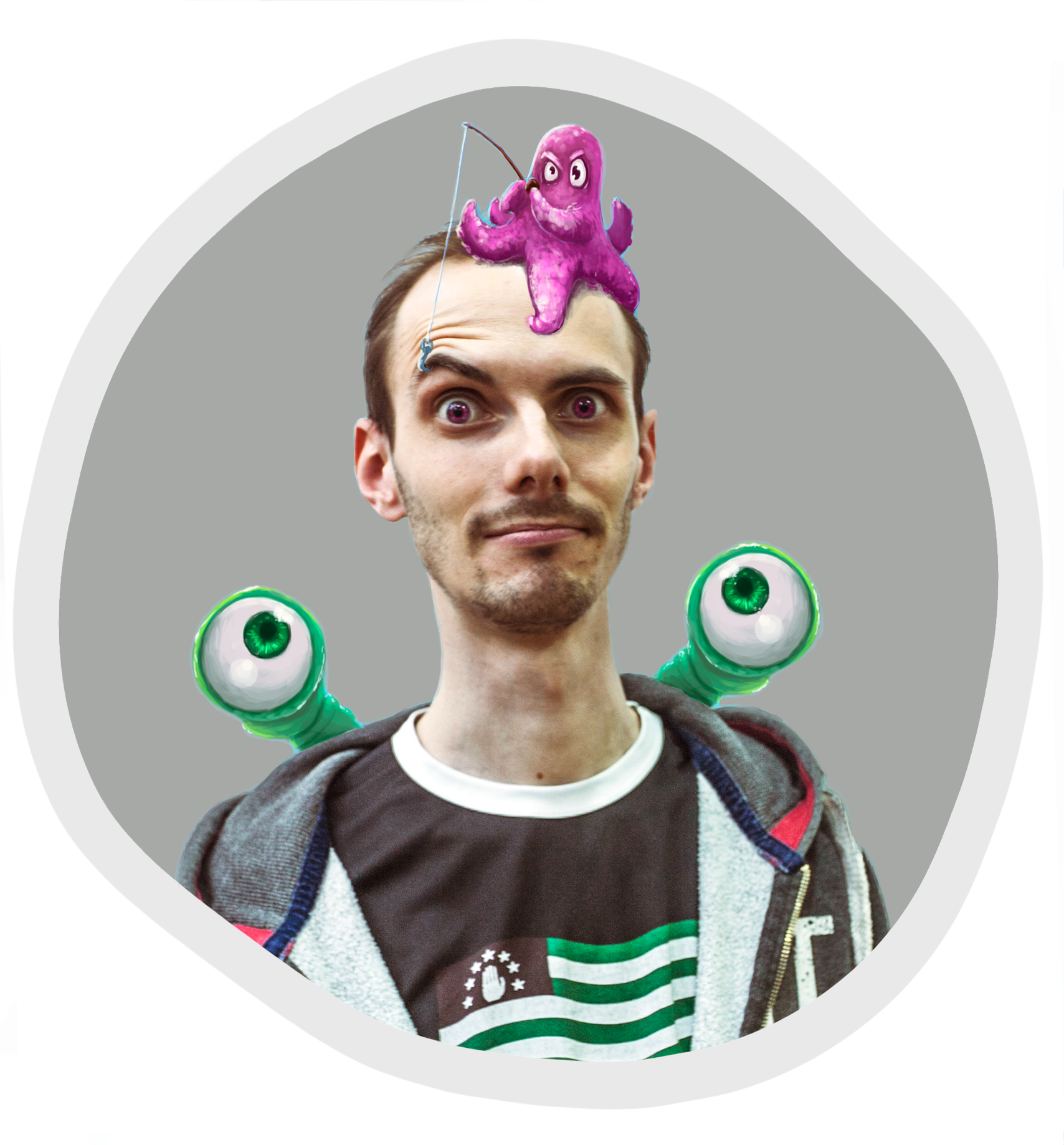 Motto: There is nothing impossible!

He says that his process of learning was as easy as breathing, as simple as twice two makes four and as funny as a woman who tries to imitate men. He admits that it was a bit scary to go into the classroom on the first day, so he took brass knuckles with him (just joking, in fact he took a baseball bat).

His hobby is parachuting, driving, playing the drums, programming and growing a beard. Computer graphics is his favorite occupation as he spends more time on animation than anything else. In 10 years’ time he sees himself as a father of a large family and animation supervisor. Has a good eyesight. His greatest strengths include patience, flexibility and calmness. Calmness!!!- for those who didn’t get it. He considers himself unsociable and millions of his friends think the same. In most cases, he is ready to help not only by giving a piece of advice, but also by giving you one more piece of advice=) In general, he is sweetly tender and tenderly sweet. 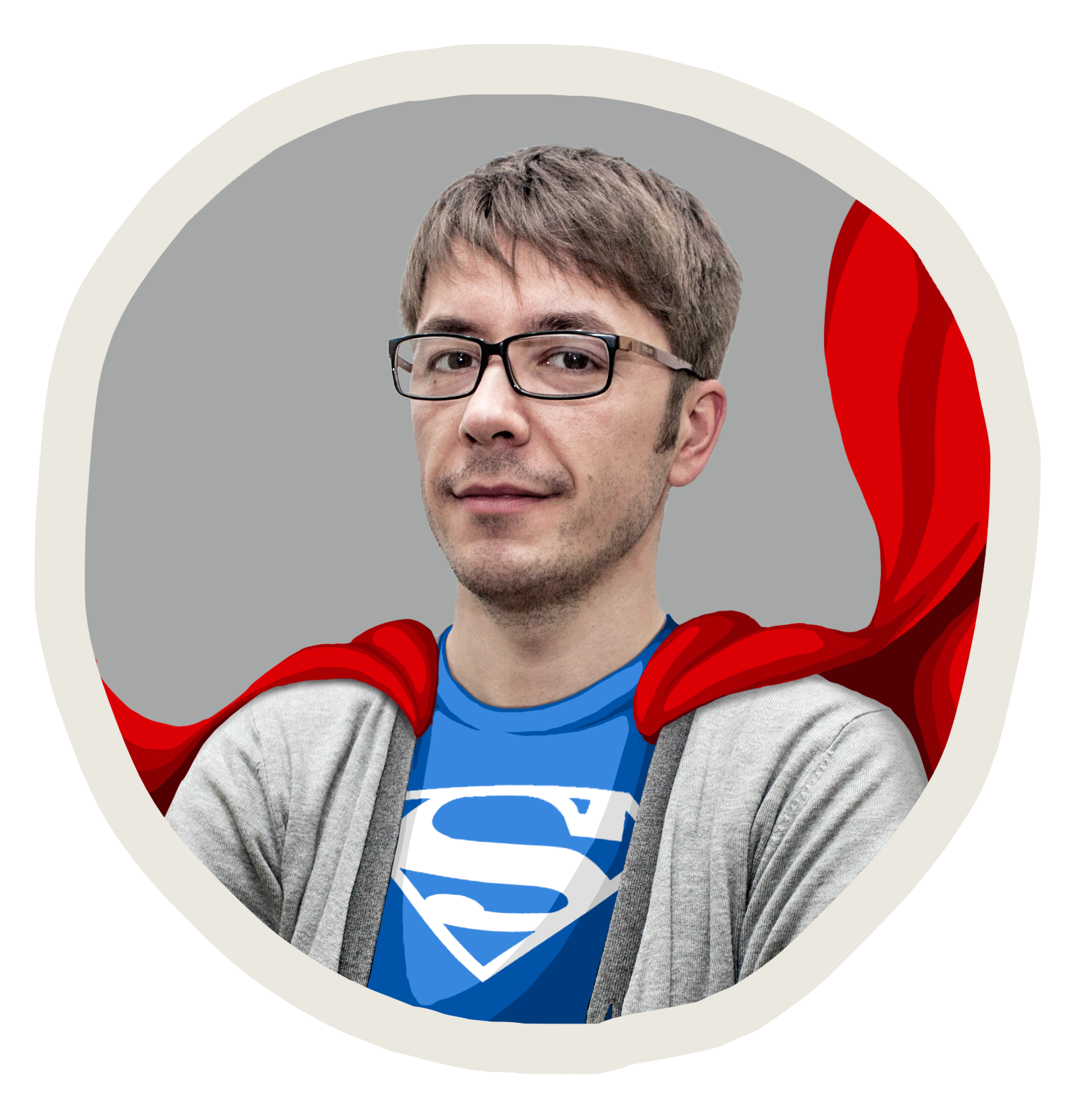 Motto: “Thoroughness is the queen of the sciences”.

If you want to watch a good movie, ask Emil. He has seen all the movies and knows so much that his brain is unable to store all this information. Maybe, this is the reason why he became a teacher- good things should be shared=) He doesn’t give up under any circumstances.
The list of his shortcomings includes lazi…(laziness- a note from a hard-working editor). Hobbies: music, movies and gym. Like a gladiator, he is not afraid to stand in front of the audience. Teaches everyone, including the rabbit that lives in the classroom. However, the rabbit keeps asking questions. To be smart, you need to gnaw on books, not carrots! Everything is fair=)

In 3 months he hopes to become a Distinguished Teacher of Monsters School, but in 10 years’ time- Honored Teacher (probably)=) No, he is just joking. In 10 years’ time he dreams of working for one of the leading Western studios. The thing is that by that time Simpals will reach the level of large western animation studios.

So, these are our tutors- the new generation of Moldavian animators. Attending their lectures, you can combine business with pleasure- in other words, you can learn good and useful things in an entertaining way.

The school of computer graphics and animation works 365 days a year (we rest just on the 29th of February). Come to our school!