In School for the First Time

The first basic courses at our Monsters School have flown by, the exams have ended, all graduation works have been assessed, and we’re ready to draw some conclusions.

Brief summary of the course:
50 pairs of worn-out jeans
42 gnawed pencils
2 nervous breakdowns (suffered by the school director and administrator)
1 inscription on the wall “Vasya was here. P.S. Vasya is a Monster”.
1 cranky computer with its own teaching methods
10 tortured computer mice
98 new Monsters
The exact amount of consumed coffee and cigarettes couldn’t be determined 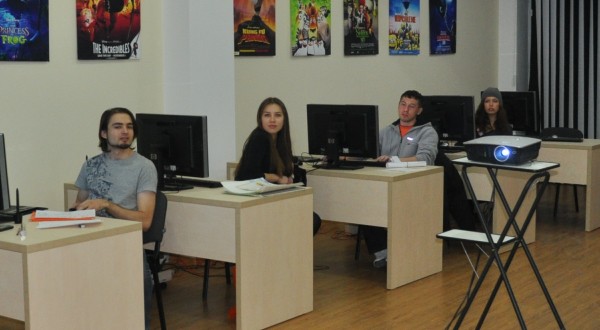 All the guys were absolutely different, with a different level of preparation. Some of them could hardly use a computer at the beginning, but during the study period mastered a rather complicated software and showed excellent results at the end of the course. The practice proved, where there is a will there is a way. 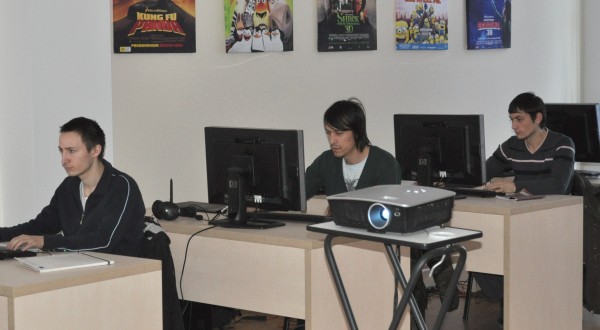 Sometimes under the impression of their own masterpieces our creators forgot to press the button “Save” and the entire project had to be redone. On the other hand, they got twice as much joy in the end. Many students were so much absorbed in thought that they even left the flash cards with all their works at school. 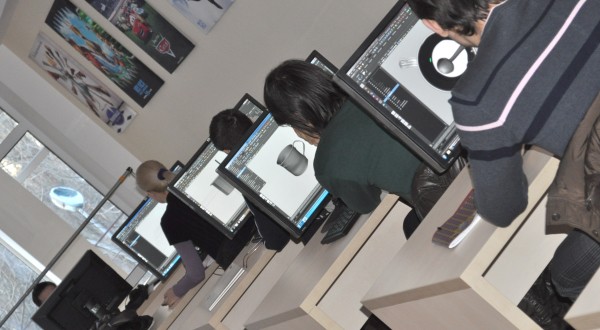 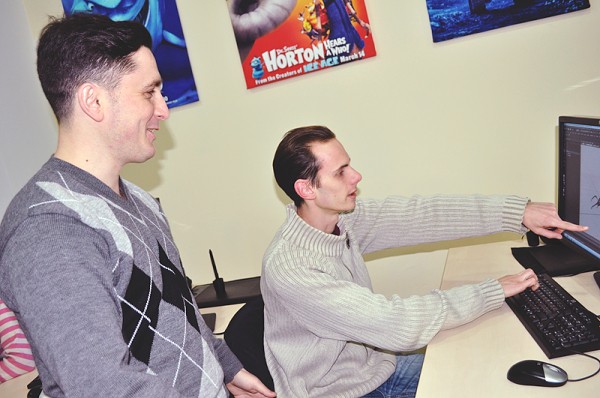 The group of 2D graphics turned out to be the most hard-working. These restless guys stayed up late at school working on their projects. By the end of the lesson slight movements of their pencils made their tables gray instead of white. 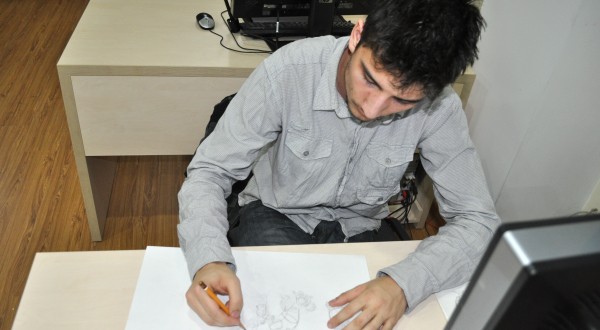 For some students one course was not enough at all and they decided to study two courses at once, moreover passed both exams and were among the best students of their specialization. 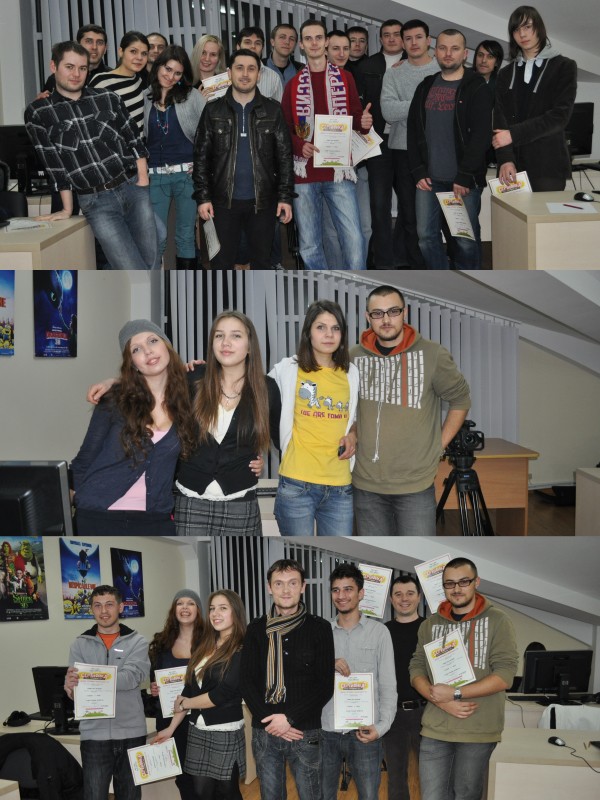 In general, some students put more efforts into their studies, some less, it’s important that during these two months each of them understood why he had come and what he wanted to achieve in the future. 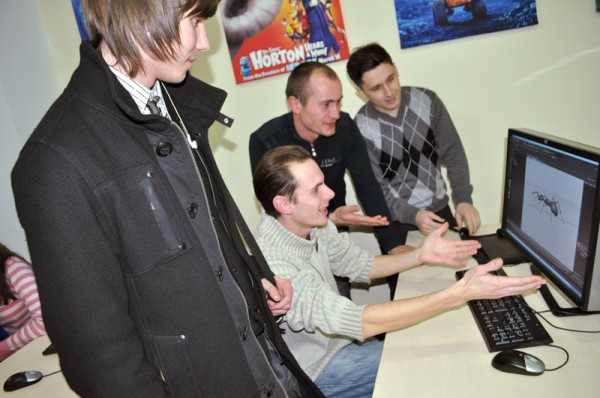 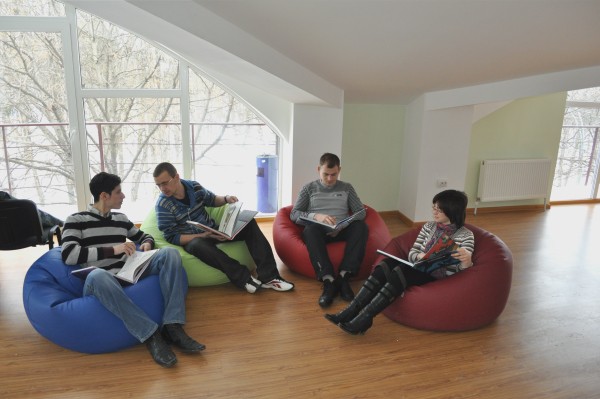 Besides, our guys participated actively in different out-of-class activities as well. For this purpose we invented not quite ordinary “WC contest” and the contest “What an absurd death!” 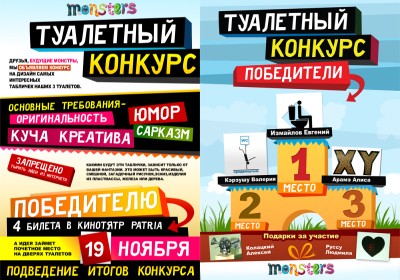 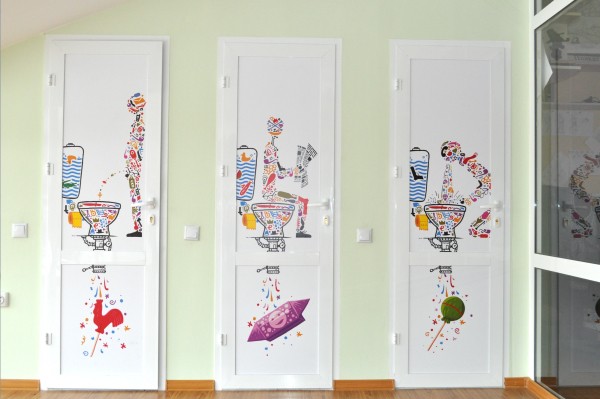 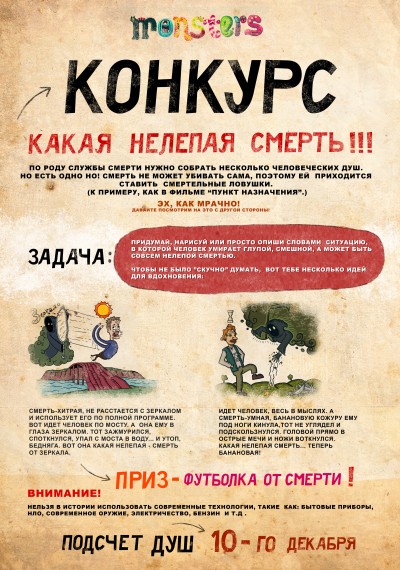 Here’s what the teachers say about their first graduates: 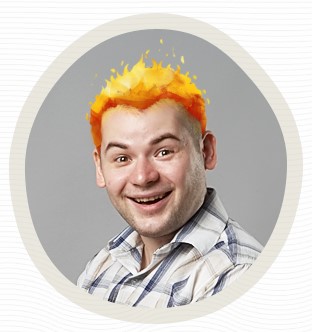 Certainly, it was an interesting experience. I had never been in teacher’s shoes before and couldn’t even imagine it. Naturally, not all the students managed to finish their studies. It’s normal. Many of them came just out of curiosity to see how it’s all working, but soon understood that it was not the right thing for them. There were also some hack-workers (strange people, to say the least), but they constituted a significant minority. The rest of the students did a good job! Actually the fact is not that all of them should become geniuses at once or something like that. The main thing is that they started to show a real interest and not the way they did two months ago: “Wow! What a pretty picture! Did you draw it?” No, their interest became quite conscious, the guys got an inside look at the whole process and started to thirst for specific knowledge, which made us really happy. 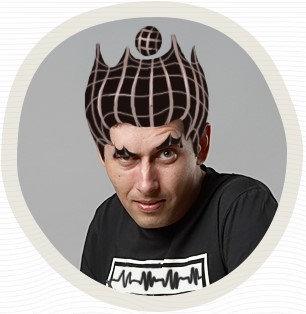 What can I say about the school? It was interesting to try myself in the role of “sensei”, to try to convey to others things that make me enthused. Most of all I liked the so-called exam, which clearly showed what people had learned during that short period of time. We were overfilled with joy when students managed to do everything they planned, that they didn’t give up halfway because of the fact that something didn’t come out right. It was obvious who got caught up with the course and who didn’t. Some students did the work just as an excuse, but some put their heart and soul into the project and told enthusiastically how they solved different problems. I hope, the flame of creativity in these people will never die and they will continue to create from now on using the knowledge we managed to give them. Good luck to you guys!!!And success;) 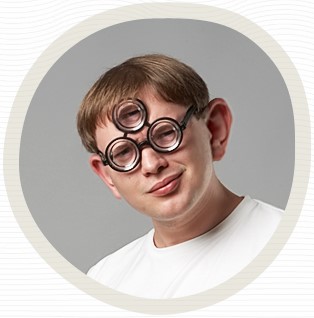 The guys have gained good basic knowledge of compositing. Curiously enough, it seemed to me that the course was more useful for those students who had already been familiar with the software and during the course they managed to solidify properly their knowledge, learned how to use efficiently different tools and effects, how to solve rationally the assigned tasks. The beginners had to work pretty hard to keep up with their colleagues as the course was quite intensive. On the whole, I’m satisfied with the results of all groups, even surprised by the high quality of some graduation works. I hope that all of them will continue to advance in this area and become outstanding specialists.

Well, of course, we asked our graduates as well ( heroes of the day so to say), what they think about their learning at school: 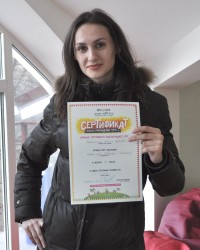 I was very happy to study at Monsters School and would like to point out some of its advantages:

2. Clear explanation of the material required by the education program.

3. In the first place I liked the computers which were quite comfortable to work on.

Speaking about disadvantages, it was expectation of the certificate 🙂 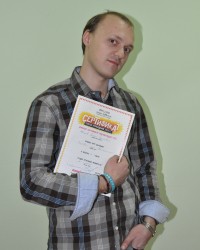 Coming to this course I already had a clear idea where and why I was going. I also had some experience with After Effects. During the course I discovered a lot of new things and could understand better the structure and names of different tools.

The only wish for the future is to demonstrate application and possibilities of tools and techniques with examples of famous clips and films.

I am fascinated by the sphere of effects, video editing and cg, that’s why I actually chose compositing. What I plan to do next is to study the professional course and I hope you’ll help me to spend it with interest and use. 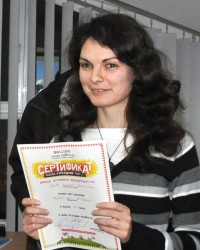 I heard about the project “Gypsy” long ago from my acquaintances. Later on the website I saw an ad about the school of animation and computer graphics. I filled in the application form, passed the interview as well as a small creativity test and was admitted to the school on two courses at once. The 3D course I could study free of charge.

I hadn’t been familiar with any 3D modeling software (Maya, 3dmax, etc.) before. After the first introduction lesson I thought that I wouldn’t manage it. But then gradually learning the program everything turned out to be different. I had already had some experience with Photoshop before the course, but during the lessons I learned plenty of new specifications and techniques.

In contrast to the 3D course the course of 2D graphics offered many practical lessons. Perhaps it would be better to reduce their hours a little bit and add some new material instead. On the other hand, I benefited a lot from the practical training – my own mistakes and my teacher’s guidance helped me to learn a lot. 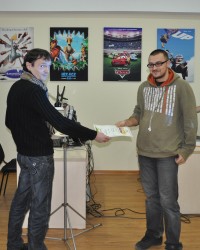 I learned a lot during the course. Basically everything settled in my head as I had studied Photoshop before, but forgot many things. The teachers are awesome people, real professionals.

My graduation project (“The Illusionist and his Trick”) broke my brain and cost me: one sleepless night, a pack of cigarettes and 4 cups of coffee.

In the future I plan to do what I’ve been doing since childhood, which is- to paint, but in a professional way.

My advice to those who want to apply for this course- if you like it, don’t even hesitate!

Well, good luck to all the graduates and see you at the professional courses!