Time is going by.

It seems that not so long ago we talked about the first enrollment to Monsters School and showed the characters created in the group of artists. But in the blink of an eye, before we could get enough sleep, three long months of studies have flown by. And now it’s time for our nestlings to leave their comfortable monster’s lair and make their first solo flight.

Of course, everyone studied and learned something. Everyone considers himself/herself the best, and it’s time to hand out diplomas, awards and other honors.

How to choose the best of the best?

Of course in a contest, as during the course they were taught not only to paint, but to think and invent as well. This way the course was extended for one more month, so that the students could come up with their ownplot for a cartoon and paint a poster for it.

This task turned into their graduation work. At this point it became clear, what each of them was capable of. The marks have already been given, and now we’d like to show you what our almost-monsters created. 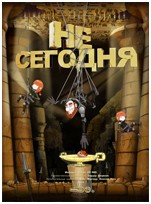 It’s an adventure story about a family of thieves, who are real connoisseurs of antiquities. The main characters, Grandpa Frederick (also known as Red Fox) and his grandchildren (known as Twins), set out on a breath-taking journey in the search of the Sun Bowl. According to the legend, this bowl can collect the first sunbeams which give youth. 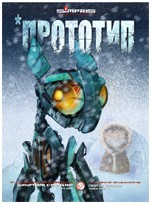 A little boy named Tenevel likes to watch shooting stars. Once he goes in search of a fallen star, but boisterous weather becomes an insurmountable obstacle on his way. The boy gets lost in the snow storm and is about to lose all hope of salvation! But unexpectedly he makes a discovery: stepping on a snow drift he activates something… 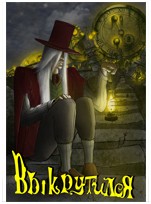 It’s a story about an unusual boy who gets lost in time. Once going by train, he doesn’t notice that his carriage disconnects from the train and goes in a totally different direction. Arriving at destination he opens up a new world. His imagination starts to raise memories of the past and he understands that this is his hometown where he was born, where his parents stayed. Now he faces a difficult choice: either to stay in the world where he can find the family he once lost or come back to the world he already loved, where his friends and the beloved one were. 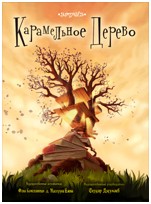 It’s a psychological drama about childhood experiences and fantasies. Wandering in the forest, a boy discovers an unusual caramel tree. It’s as sweet as childhood dreams. In the heart of the tree there is an exit portal to the world where all dreams come true, where the child feels happy and loved. 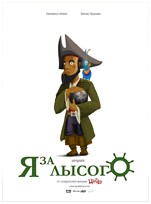 It’s a story about a joyful pirate who hates boredom and monotony. Once plundering a ship he stumbles upon a strange shot put ball. Considering it a good sign, he carries it around everywhere. As he finds out later, the shot put ball is a part of a spacecraft, and the one who returns it to its place will be able to prowl not only the seas and oceans, but the entire universe. That’s where the fun begins. 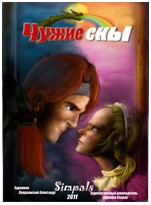 It’s a story about eternal misunderstanding between the two generations. The brother is a fan of hard rock music and extreme sport. His younger sister is a princess of the vanilla world, adores butterflies, teddy bears, fairy tales with kind dragons and elves. The picture seems perfect except for the fact that they live in the same house and never get along with each other. As a punishment for their bad behavior the spirit of friendship sends them to the fabulous, mysterious and unusual world which looks more like a dream than a reality. But they must return home!

Three of these students are already working in our studio. They continue learning so far, but some day they’ll definitely become real monsters.