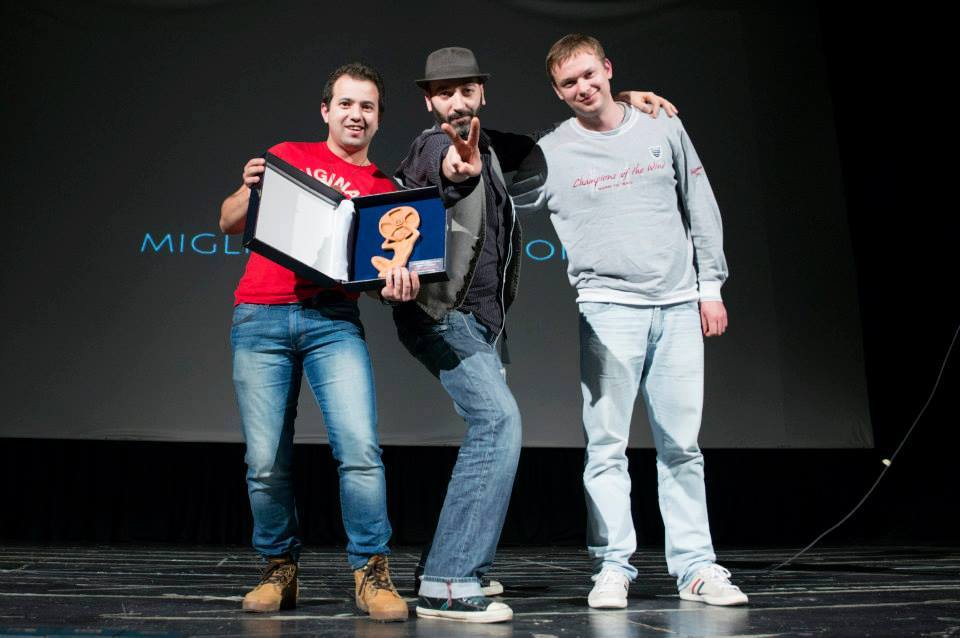 Italians also have a place called “Ciocana”, but it’s not a district- it’s the city of Ceccano. This is the place where Dieciminuti Film Festival took place and where our animated film “Dji. Death Fails” was presented. The festival is focused on short films that don’t exceed 15 minutes in length.

After 5 intense days of screenings and discussions, the jury announced the verdict. The award for Best Animation was given to the animated film “Dji. Death Fails” produced by the Moldovan animation studio Simpals.

PS: By the way, the studio supervisor Serghey Chirillov and compositing artist Denis Chiriliuc attended the event. It was they who had to give an award ceremony speech and say something like: “I’d like to thank my mom and dad…” And it was they who brought us Italian lemons and oranges.
The award is going to Moldova, and we continue traveling around the world together with our unlucky grim reaper named Dji.