After hard and long battles between painters-stage manager and producer was born our gypsy, Gojo.

A lot of time was necessary to understand what streak of the character is more important to communicate in the appearance. Another thing is that animation lays on its own restrictions on the character. The permanent attribute of the character are admissible and inadmissible responses- a list of rules, whit what the animator should be guided, for the character to keep his nature in all the drafts of the movie. For example, to our gypsy was strongly recommended not to stoop. 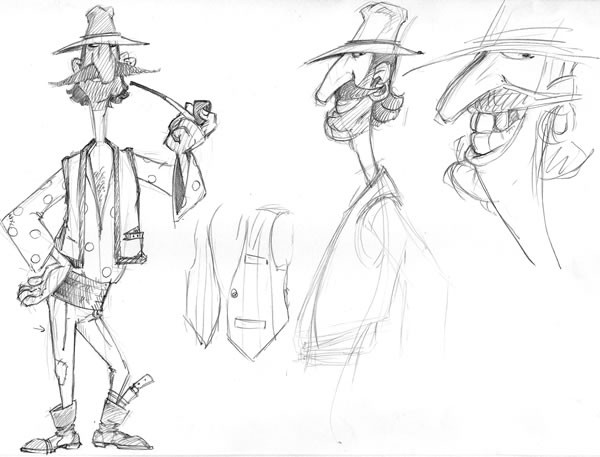 Later we will take out the final, colored version of the character, to which we will direct one’s attention during visualization.

PS: Our painter of the characters, Serdar, wiped off 4 rubbers, before we shake hands on it. The truth is that I have stolen a rubber, sorry 🙂