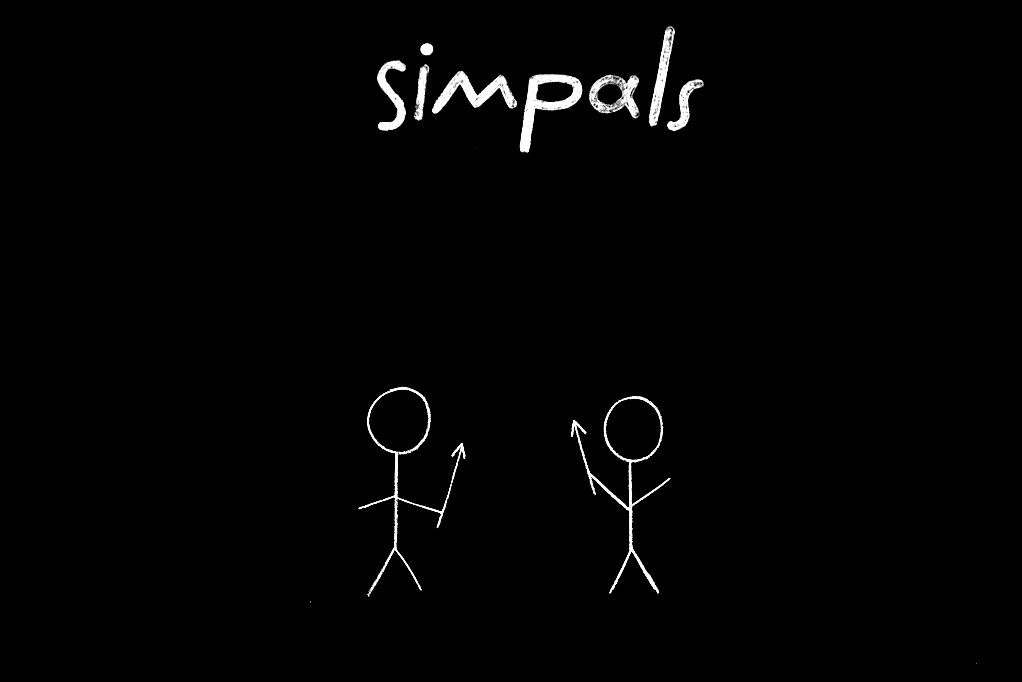 We continue telling you about different interesting things. So, today there will be 3 stories: why is Dmitri Voloshin growing a braid, why is Moldova a spacefaring nation and why do people get tattoos with the Simpals logotype

Let’s begin with the space thing. Several years ago we published an interesting article about the fact that Moldova is now a spacefaring nation Of course, we’re not like Elon Musk and we didn’t launch any heavy and terribly expensive rockets. Anyway, a rocket with the Moldovan flag on it managed to reach the stratosphere We aimed the rocket straight at the sky by attaching it to a weather balloon full of helium, 2 GoPro cameras and a GPS-spot. Well, it took off and flew away, but the landing part didn’t go as planned – it landed in the Ukraine. So we went to take it back home. Our little space traveler was lying somewhere in the field, 4 kilometers away from any road or path. We picked it up, happily found out that the video was intact, threw it in the trunk and headed back home, to Moldova. But it took us a while to get back. When the board policeman asked us: “What’s that strange thing in your trunk?”, we honestly answered: “A rocket”.

Well, then was a funny story that almost ended in a great political scandal and we could nearly see such screaming headlines as “SHOCK! Moldova launches a missile over Ukraine!”. Something like that

And we won’t tell you anything about cross-examinations, the possibility of becoming persona non grata and the arrival of the Minister of Internal Affairs

And here is the article and video: https://point.md/…/moldavane-zapustili-…

Why do people get a tattoo with the Simpals logotype?

Well, first of all, it looks cool. And second of all: it’s pretty strange, we know. Third of all, there really are such people Three of them. Well, maybe the number will grow.

Here’s the deal. A few years ago our company was obsessed with challenges between employees. The bets were absolutely on everything. Someone bet on who would swim more kilometers or who would run more at the marathon, someone planned to do a full split, others agreed to lose a precise amount of kilograms The punishments were different: from cartons of energy drinks to shaving half of the head (right, Dmitri Sergeevich?).

About the tattoos. The bet was on losing some weight. It was between Anya and Andrei. But none of them managed to comply with the conditions by the deadline. And as both of them lost this bet, they agreed to forget about the punishment. Voloshin found out about this and it made him grieve. After all, people should keep their promises. So, ashamed by the Master, the two went to a tattoo salon to keep their word   And then, after a couple of months, we found a same tattoo on our bearded P.D. Serdar

Serdar has never been caught for a photo

By the way, to make their understanding of a permanent presence of the logotype on their bodies easier, the company offered them a lifelong right to eat their lunches at the expense of Simpals

You’ve been asking for a long time, and we were joking around. So, it’s time to tell you what’s the story behind the Voloshin’s braid

Everything started back in 2008, when the Video Department was reprofiled in an Animation Studio and decided that from now and forever there will be only cartoons here. The excessively ambitious beginning animators from Moldova, feeling an interesting subject, decided to release a feature cartoon. And proudly announced it to the whole world Two of the people from our studio spoke out loud that they will grow hair on a part of their body. Serdar declared that he will grow his beard and won’t shave it until the cartoon comes to light. Dima said he’s not the beard-type and agreed to grow a braid. Well, a really nice one

Of course, there are even more funny stories in our company (beyond the office walls, maybe, there are ten times more ). However, we are happy to share with you some insider moments of our company.