Remember the date of January 9, 2012. This is the day when was recorded the maximum attendance in the Moldovan segment of Internet. Simply put, on January 9, the site 999.md owned by Simpals Company and which is known by each citizen the country, was visited by 103 185 unique visitors, who visited more than 4.5 million pages. 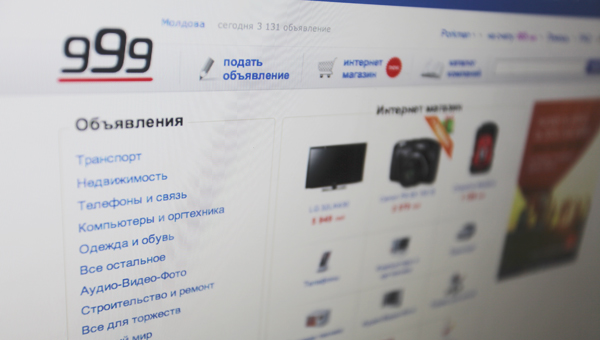 The Moldnet could only dream of these heights few years ago. Figures, given by Google Analytics, seemed to be a fantasy not so long ago. Of course, 999.md successfully holds the lead position for several years, but the fact of permanently increase in visits, is good because it shows the development of the Moldovan Internet community as a whole.

It’s difficult even to visualize how much it is – 100 000 people? This is 10 full “Zimbru” stadiums. The “Metallica” band gathers about 100 000 people at their concerts. The Central Square in Chisinau has a capacity of about 20 000 people, and this means that, according to metrica.md, on January 9, the 999.md website was visited by the equivalent of five such squares filled with people. For comparison, the global social network livejournal.com is daily visited by about the same amount of people.

What does this mean for Moldova? At this point it became obvious that the user of Moldnet uses Internet not only for entertainment, but also as a tool to simplify the business, to meet the daily needs, along with that, the traffic of e-commerce has grown. It’s easier for you to examine the goods on the “three nines”, to compare prices, to find an appropriate vendor, than to spend time on patrols around the city, chatting with people that don’t know much about the topic. The Moldovan internet user is following a global trend, where all purchases go into a more comfortable online zone, so that’s how 999.md has gained such popularity.

The word is given to Roman Stirbu, the head of the development department of the company «Simpals»:

“Frankly, we were waiting for such results, as the number of visitors has increased every year in the half. Many may think that this is just some sort of bulletin board. But at “three nines” is working group of 30 people. Those are managers, network administrators, programmers, moderators, designers, accountants and lawyers. Today, 999.md means 12 powerful servers. However, because of the rapid growth of the traffic about one million people are visiting the site every month), there still are some errors. The site is being constantly and invisibly improved – we improve the code, add new technologies, protect it from attacks, increase the Internet channel, and buy new servers. The HighLoad (highly loaded system) is a rarity in Moldova, so we move through the trial and error method. We are proud of our achievement and we will work hard to improve the “nines.” Changes are not far away. ”

“I want to thank all 999 users for being with us, for understanding the challenges of growth, for activity and loyalty. We are doing everything possible for the fast and stable work, and further growing of the “three nines”. Enough! We are going to drink… Hehey! ”

The 999.md portal exists since 1999. This is one of the first sites from the Moldnet and, without doubt, one of the most successful. After years, everyone knows about “three nines”, and the popularity of the portal is only growing. For most (if not all) of Moldovan internet users a profitable buying or selling is associated with 999.md.