+1 Pretty Girl in the Office 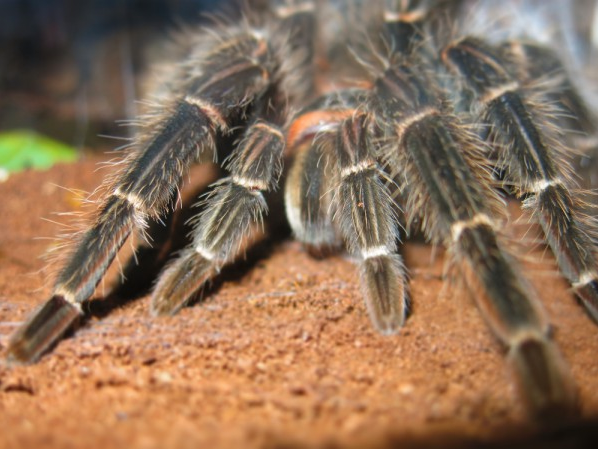 We can’t eradicate the tradition of bringing exotic pets into our office. Here’s our new pet. This pretty girl is called Nastya (hahaha) and she lives in the office of Roman Fedorovich =)

Why have we brought a spider? Well, the Internet is the World Wide Web and naturally there must be a spider in our office!

The symbol of the World Wide Web eats rarely, crawls slowly and works excellently! She is perfect for scaring people=) Of course, it’s just the theory. In fact, she is good and calm. But she is poisonous though=) It’s not recommended to touch the spider with your hands, but if you really want to, you can do it…but only once in a lifetime =)

The official name of the spider – Brachypelma smithi. It’s a type of tarantula. They inhabit the Pacific coast of southern Mexico and the southern part of the United States. An adult female has a body roughly 4 inches long, with a leg span of 6 inches.

In fact, the girl sits in prison and doesn’t want to go out, which is good as there are many people in the office who suffer from severe arachnophobia. Now we’re waiting for the new addition in the office of moderators. We already know who will be brought =) More details later …