On November 4th, 2013 Moldovans flew into space for the first time. At 7:14 am local time, the first rocket of the Moldovan Space Office blasted off from a secret spaceport. 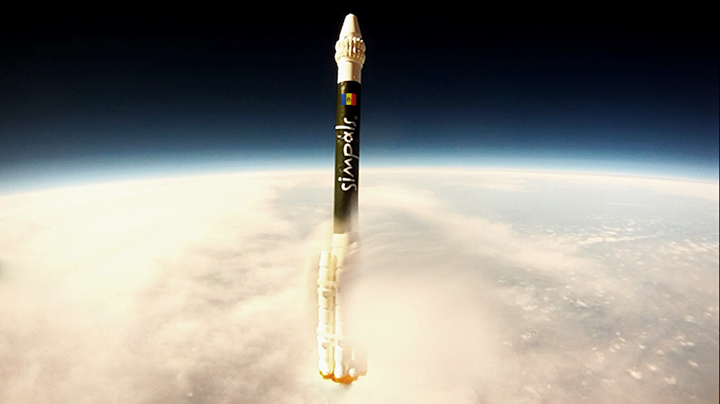 The device produced in the laboratory of the company Simpals weighing about 150 grams entered the stratosphere after 2 hours and 47 minutes after the launch.

To launch the rocket into the airspace of the Republic of Moldova, the experts of the Department of Space used a weather balloon filled with helium. Let us remind you that until this day different world-class experts used much more serious equipment for such purposes.

The research carried out by the experts of the Department of Space Studies and Astral Travel was funded by the experts themselves who had been saving small change for years.

According to director of the State Aerospace Committee Hariton Zaharovich Whoisthat, “It’s OUR rocket! At least somebody is working in this country!” It’s difficult to argue with H.Z. Whoisthat.

The first flight of the Moldovan rocket was successful as evidenced by the video footage from the on-board camera.

In connection with the successful launch the representatives of the space industry suggest to declare November 4 as Cosmonautics Day in Moldova.

P.S. Al Qaeda and Edward Snowden have nothing to do with it.