A few words about our staff.
Our staff includes about 120 employees. There are quite many animals among them, and it’s not a bad word in this context (though sometimes you want to use it). This refers to the real animals that live in our office. 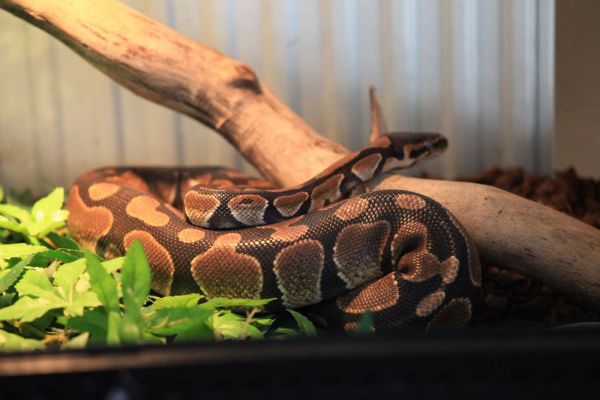 Meet the Python. Why did this nice snake appear in the office of programmers? Reason number one- it’s the Year of the Snake, number two- our programmers started using Python programming language, number three- she eats mice. Our python has other positive character traits as well, but we don’t know about them yet. The python’s name is Python. She is a girl. We’re logical and illogical at the same time! By the way, we consulted a veterinarian psychologist who told us that she wouldn’t suffer from split personality. That’s why, we continue calling her that way.

So, let’s move on. These are turtles! 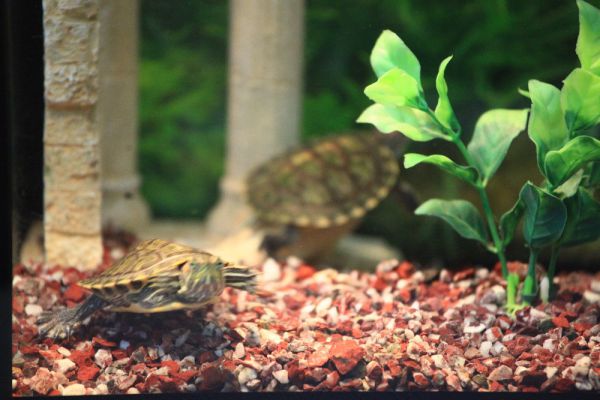 They’ve been living in the office for about half a year. They don’t eat our food, don’t make noise or mess what makes them ideal neighbours!! We call them Foolers. The first one and the second. The first one was very active today, the second- not so much. These guys work in shifts. 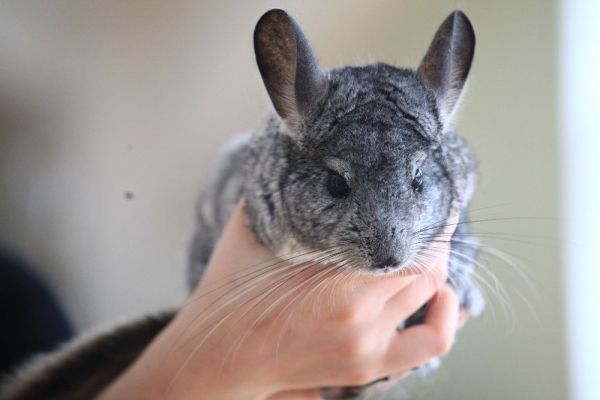 Shunya is a chinchilla. Shunya is a boy. He has several names, the most popular ones are: Petyunya, Shunya, Pasha. He feels quite good. We periodically check it.
Shunya settled in the office just a few months ago and since then he has grown considerably. Girls, don’t believe in apple diets!!
We’re looking for a girlfriend for him. If you have one, please bring it! Let’s multiply these fluffy creatures!!

Not long ago someone settled in the office of 3D artists as well. Tadaam!! 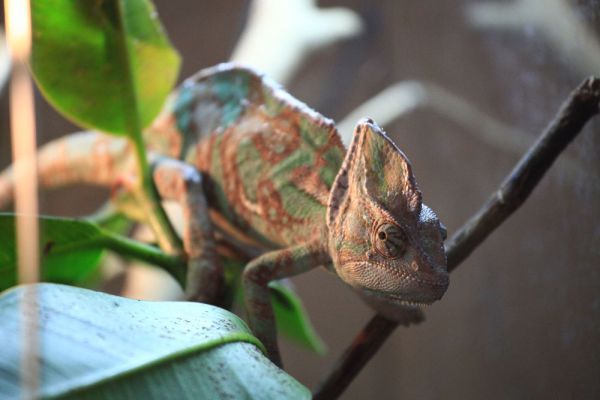 We know that it’s a chameleon. But he doesn’t have a name yet. Some people call him Syrup, others- Green guy, the supervisor calls him either Igor or Fiodor Ignatievich. “Fiodor Ignatievich” is an ideal employee: calm, attentive, eats and sleeps very little, not fastidious at all. He eats what he is given. And he is usually given African beetle larvae (we took away our supervisor’s lunch).

We also have fish in the office. They settled in the accounting department. Fish is the right solution for accountants. They are always silent, if anything happens- they hide. On the day of shooting they didn’t appear as well.

Let’s pass to the king of the swamps and occasionally the dry land….that lives in the office of General Director!! He has an aquarium there. To be honest, it’s a small studio-apartment for predators. Previously, it was occupied by piranhas. Now a crocodile named Grun made his home there. 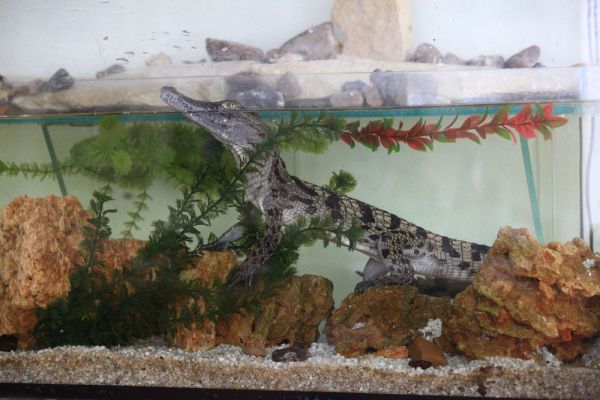 Grun is a tough exotic guy: silent, brutal, wears leather…We decided to chip in and buy him a bike!
He quickly reacts to any warm-blooded creature passing by the aquarium. He is fond of hands and noses shoved into the tank, loves when people doubt that he can bite something off. Therefore, we opened an emergency room in the next office. In general, Grun is very curious and sociable. He often runs away from his private quarters and walks around the office, asking his colleagues how thing are going.

We were trying to catch him today. You can see below how it was. 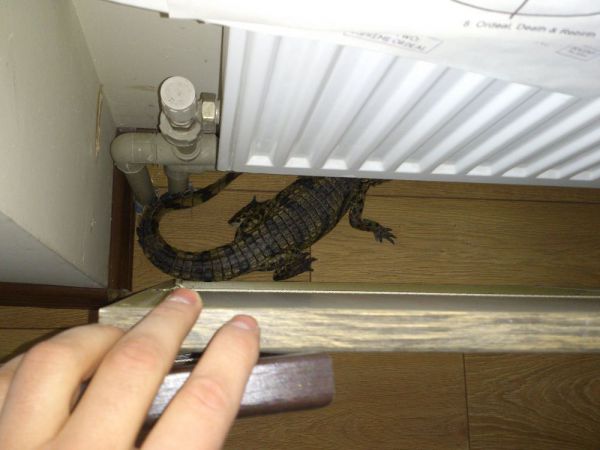