Some people say that it’s impossible to see the whole world sitting on the couch. But we say that it can be done.

Our animated film travels more than we do, which is great! More than that, here’s the list of the new festivals that have selected our film for the competition. 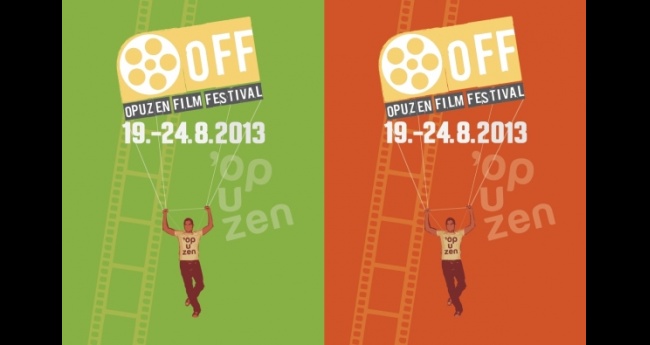 This film festival is quite young being held since 2011. Its main task is to introduce new directions in the film industry and form a space for social interaction among film workers, encouraging their cooperation. Sounds difficult, but can be understood.=)

The festival will take place in Opuzen (Croatia), from 19th to 23rd of August.

The next is – Anibar International Animation Festival.

It is one year older than the festival mentioned above. It was founded in 2010 by a group of young promising art activists (what does it mean?). Anibar’s mission is to encourage young people, especially young artists, to experiment and work with animation in order to express their ideas and worldview. So, if you want to join the ranks of animators, come to our School of Computer Graphics and Animation, which is called – Monsters School.

The festival will be held in the city of Peja (Albania), from 9th to 14th of August.

Our neighbours from Romania organized an International Independent Film Festival called Anonimul. Founded in 2004, the festival continues to display the works of filmmakers and animators. By the way, Anonimul tends to be an important event for the Romanian cinema which will have the opportunity to openly and directly compete with productions from all over the world.
Following the tradition, the festival will take place in Sfantu Gheorghe, between 9th and 18th of August.

Now we set off on a trip to Western Europe. Catalonia (Spain) is waiting for us in September. Badalona Film Festival, also called Filmets, has selected our animated film for the 39th edition of the festival.

Filmets (cool name!) will take place in Catalonia (which is an autonomous community of Spain), and namely in the city of Badalona. This year the festival will be held in autumn, from 8th to 17th of November.

It takes place in Spain too, but this time in a different city- in Guadalajara. Every year the city attracts a large number of filmmakers from Europe as the festival accepts only European productions.
The festival will be held from 24th to 28th of September and we’ll try to win the grand prize there. =)

The next festival will take place in Italy.

It’s called Sedicicorto. Despite the fact, that the festival is rather young, since 2010 it has been the Italian short film festival with the largest number of submissions. According to the organizers, over the past few years, the audience has progressively grown in number.

This year, from 5th to 12th of October, the town of Forli will become a meeting point for short film directors and producers as the festival is dedicated specifically to short films.

And now we’ll move to the most prestigious festival from our list – Rhode Island International Film Festival.

This time we’re invited to the United States. RIIFF is ranked as one of the best International Film Festivals in the United States. The Film Forum celebrates the independent spirit in film and has become a haven for independent filmmakers from throughout the world.
The festival will take place August 6-11, 2013 in Newport, Providence and throughout scenic Rhode Island.
But as you know, the screen time is limited as well as the number of prizes and the festivals can’t select all the films for the official program. That’s why ( or even to show that there are many talented animators in the world) many films are accepted for the non-competitive program.
We’ve already mentioned that we started to receive invitations to different festivals and a lot of positive feedback from the organizers.

Here’s the list of festivals that have selected our film for the out-of-competition showcase:
1. Sommerwerft – will take place in Germany (Frankfurt am Main ), our animated film will be screened on the 26th of August.
2. Ottawa 2013 International Animation Festival – Canada (Ottawa), September 18-22, 2013.
3. World Festival of Animated film Varna – will take place in Bulgaria (Varna). If you go there between 11th and 15th of September, be sure to visit this festival.

Well, that’s all for today. We hope to get good news from the festivals and share it with you. In the meantime, we’re waiting for the second episode of the animated film about the adventures of Dji which will come out very soon.